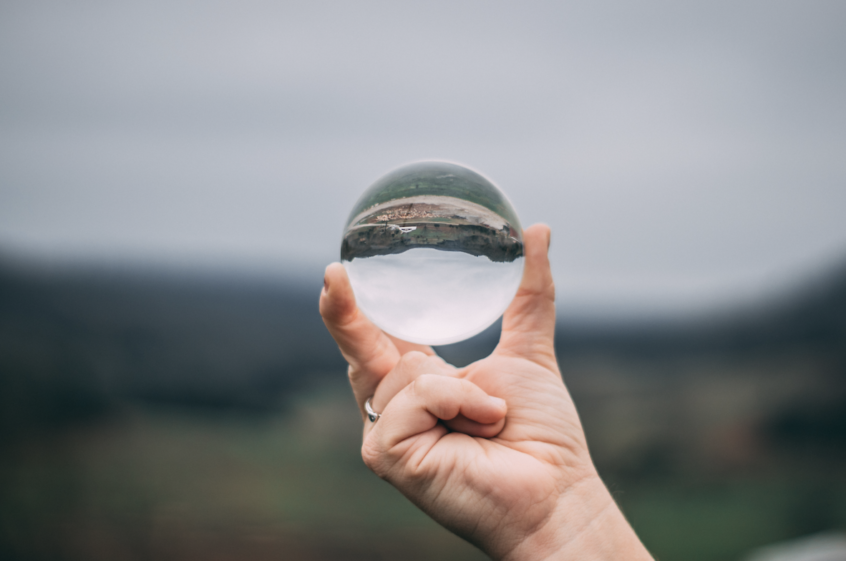 I was sitting down having coffee last week with a friend whom I admire for so many reasons I could never count them all. She is incredibly bright, talented, insightful and sincere to name a few. On this particular day, it was her insight that had my attention.

She was telling me a story of how she was weeding her garden a few days before; down on her knees, hand weeding her carrots all the way down one long row. She was sitting back on her heels with a sense of accomplishment, so sure of the quality of job she had completed. She looked back at her work, astonished.

From her “far end of the row” vantage point she saw all the weeds she had missed on her diligent journey down the row of carrots. She was taken aback! How, when she had been so careful to nip away even the tiniest of weedling she found, had she missed so many weeds? It was as if they materialized after she passed by. Perspective is everything!

Oftentimes, I think my first gift to my clients is in the ability to help them look at their lives differently. Earlier this week, I worked with a woman who had lost her Dad as a relatively young woman. Her Dad came through lovingly and talked to her about how her grief was tied up in her attempt to understand why he left. She had done the traditional therapy to work through it years ago, she had a solid grasp on the logic of it, but her inner child’s emotional heart space had remained broken and disjointed since he passed when she was just out of high school. That was 40 years ago. During this communication, her Dad instructed me to ask her to think about what she learned about herself from her Dad’s passing. What characteristics had she developed because she had to learn to do life without him? She paused for a moment, “strength, I learned to be so much stronger and independent after he died”. Again, she paused thinking, “To be capable!” she exclaimed. “I am so much more competent in my abilities to do things and get life done because he was that person for my Mom and me, and after he died I knew I needed to still help my Mom. I can do things most women wouldn’t even think of”. She held back tears as she continued, “I owe so much of who I am and who I became to him because I knew I had to take care of myself. He always told me to go to school, get a good job and learn to take care of myself. When he died I wanted to quit college, but I heard his voice in my head telling me over and over again to keep going, so I did. I graduated, got a great job, later started my own business and have had an amazing career, and life. I guess I am who I am because he died! That’s so crazy to say!” and yet, there it was. The insight he had been wanting her to come to, their souls contract fulfilled, she now understood. Does that mean she doesn’t still miss him? Of course not. The adult woman still wants to sit with him and tell him everything, that part doesn’t change. Yet, her perspective on his passing had completely shifted. The need to understand why totally disappeared. In its place, was peace.

At the end of our session, she told me how much better she felt, and in her heart was a place of freedom and openness she hadn’t felt since he died. The space which previously held his memory locked behind the door of not understanding was lifted away. Now they have a chance at connection.

In the physical world nothing changed. She didn’t lose 50 pounds, she didn’t win the lottery (well kind of maybe), nothing about her physically changed, but inside…that’s where it matters most.

It’s amazing what can happen when we’re willing to sit and look back at where we’ve come from. How differently things look from a new vantage point. It’s incredible how we can live in a state that seems so certain, only to take one look in a new direction, that changes our entire world.