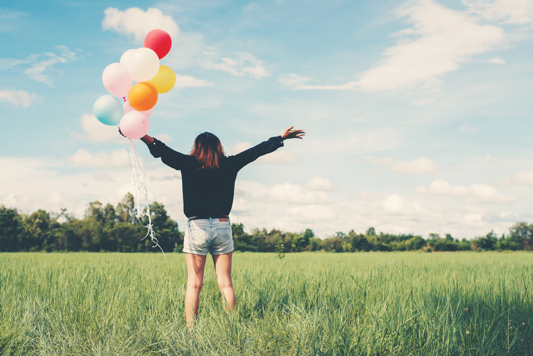 Many of you will laugh when I say this, but I am an introvert.  Like pretty heavy.  Seriously.

Most people watch me and think I am a total “people person”, which is how we usually term extroverted people. I’m chatty, laugh, engage in conversation, and all of the stuff my Mother taught me to be (who honestly expected me to make eye contact and say hello to everyone we passed on the street).  When you grow up in a town of a few hundred people, and they’re not all walking down the street at the same time, this is somewhat doable.  For me, it was still just plain painful. Not because I’m a snob, I just like my “me” space. There were so many faces and because I didn’t really know most of them, I had no reason to say hello.  My Mother, however, was all about teaching me to be “polite”, and thank heavens for her, because being outgoing was not my nature.

I was shy. I liked to be left alone. I was raised on 280 acres of freedom, openness, and beauty with six other people. My odds of running into someone I didn’t know were very slim.

When I was in high school, I spent a few days in the metro during a wrestling tournament.  I was a Mat maid, which basically meant I was a female manager for the wrestling team. But because I was a girl, my Maid associates and I were not allowed in the locker room.  Obviously.  So, I’m in the metro with my Mat maid friends and a Mom, which was a HUGE deal for a small-town farm girl like me.  I’m walking down the street with a guy friend, and of course, I’m saying hello to everyone on the street.  My mother would’ve been proud!  The dialogue with my friend went something like this:

My friend said, “What are you doing?”

“I’m being polite”, I answered through my teeth as I’m smiling and saying hello to one more person.

“You’re gonna get us mugged”, she said.

“Just shut up and stop saying hello and looking at everybody!” she exclaimed.

Mind you, we were not in the greatest neighborhood, and for the first time in my life I saw homeless people. We had a conversation about that later.  Seriously, I was so clueless. People were everywhere! I could not understand that even when there wasn’t a tournament that the streets were this crowded.  It was beyond what I could imagine.

I wondered why on earth anyone would want to live there. I remember by the end of the weekend I was exhausted. And yes, we had stayed up late and ran all day, but I was 17, my body was built for that.  I also remember wondering what it would be like to be there all by myself – my own room, my own schedule, walking around seeing the sights on my own time, alone.  The thought of it was absolutely intoxicating – the big city, on my own terms, just for myself.  I really wasn’t afraid of people, even the homeless ones.  The gift of being naïve or really, since I’m still that way, I think I’ve always just had a sense that by in large, people are good.  So, they don’t really scare me.

Fast forward a few years, and I’m moving to Florida to nanny for my sister.  She and her husband their two adorable little girls (my nieces, of course) lived in essentially a suburb of Tampa.  It was not a huge city by metropolitan standards, but it wasn’t Stearns County. Lol

I started by meeting some neighbors, which was cool.  The hardest thing was that no matter where I was outside of the back yard (we had an 8-foot security fence because we had a pool) people were everywhere!  There was no getting away from them.  There were always neighbors on the street when I’d go outside. The walk to the park along the major thoroughfare and heck, friggin park was even crowded!  There was NO alone space.  I loved being there, I loved the experience, I loved being with my nieces, but the constant noise and people made me a little anxious. The backyard was different. It was quiet and peaceful, with the exception of the knothole in the fence the neighbor boys used to spy on me through while sunbathing, I felt alone.  Even with my family, it was still a simple reprieve from the outside world.

I remember my sister making a comment once about my not being as outgoing as she always thought I was, and in the comment, feeling a sense that she was disappointed in me. My Mother was the nicest person I knew, and most people who know her even today think the same.  My sister, who is just like my Mom, is super “nice”. I had lots of friends in high school, always in activities, on the go, etc. so I believe my sister expected that I was really outgoing. We’re 11 years apart in age, so by the time I was really coming into my own, she was gone.  At any rate, I felt like there was something wrong with me because I wasn’t as good at meeting people as I was “supposed” to be.

Eventually, I went to massage school in Florida.  I had to meet a bunch of new people, no one I knew, and in a state, I wasn’t from so there was no chance of a familiar, “What? You’re so and so’s friend! Small world!” that wasn’t going to happen. And it didn’t. But what I found was that people from all over the country surrounded me! Different people from different places, with different upbringings and different life experiences, all willing to share with me!  I LOVED IT! But I got to know people one or two at a time.  You see when I started massage school I took my first Myers Briggs assessment. While I can’t now tell you my letters, I can tell you it was my first introduction to myself as an introvert.  I felt like someone just saw my face for the first time and knew my soul.  An introvert!

I tucked that tidbit away and from there on made myself ok with the fact that I didn’t like being the center of attention and I didn’t like huge crowds because they sucked the life out of me, and at any particular party I was probably only going to associate with a handful of people and that was ok, because I was an “introvert”.

Being in business, I eventually needed to assume the extrovert role eventually, and honestly, I’ve gotten pretty good at it.  This is why most people laugh when I tell them I’m an introvert.  My family teases me because I can make friends anywhere, with practically anyone. I once dated a guy for three years that I met in an airport – no joke! We’re still good friends. My Mom and Sister and I spent a long weekend in Bayfield a number of years ago. By the time we finished the Island boat tour, I knew pretty much everything about the man named Dave. He was separated two years ago, father of one daughter, worked as middle management at a technology company, had never been to Bayfield before just thought it sounded nice, just recently completed his divorce and needed a little break to let things settle. You see, I love people! Just in doses of one or two at a time.  My Mom and sister teased me that he’d probably be emailing me the next week as we exchanged business cards, and I’d have a friend forever.  Haha, they’re funny…he did.

No, I don’t keep everybody.

I think too often people overlook introverts.  We live and breathe in a very extroverted world.  I mean how many social media formats to people need?!  We’re all about “connecting” which is just a new word for networking.  I gravitate towards true connection.  I like to get to know the depth of people. Small talk bores me. I don’t get why it’s important to talk about the weather when we can just step outside.  I understand the value of getting to know people, but I really want to know people deep down inside.  What makes you tick? That’s the question that burns in my heart.  Right next to questions like, “what do you love?”, and “what scares the crap out of you?” and “what makes you laugh harder than anything?” and “what was the last time you cried, and why?”.  Tell me those things.  This is the stuff that will keep me next to you at a social gathering all afternoon, and then before we part ways to ask if you want to get together for coffee sometime.

Introverts make good friends.  We are fierce and loyal. Why? Because we’ve totally put ourselves out there, practically soul naked in front of you, and because we’ve spent real time listening to you and taking a stake in your life, and in the depth of who you are. Even if you’re not “like us” an introvert will stay close. We hold your secrets and we listen intently.  Not the listening that waits for you to stop talking so we can start, but listening in a way that lets you go as deep and intricate as you want because we’re all ears.  We’d rather listen to you than talk ourselves. When we do talk, you’ll get the truth. Introverts are thought-filled and focused because we don’t want to run around and say hello to everyone.  We just want to hang with people we like and people who will meet us on the level of depth we find to be the only important place to be.

It’s not easy being an introvert in this world. I need my downtime. Believe it or not, I  can’t be with people constantly. My husband wants nothing more than to move to the lake and live there forever.  I want 10 acres in the country with a barbed wire fence so when work time is done, I can lock the gate. I just need my space, my alone time, to recharge my battery so I can get up and love my life.  It’s a balance. I think it is for everyone, just different for personalities.

Clarence, (my husband for those of you who have not had the pleasure of meeting my personal “bouncer” (thanks Nate and Brenda)) tries to tell me I’m not as introverted as I think I am…seriously.  He’s the extrovert in our household, and it’s so obvious!  It happens often enough that I have to ask him to repeat things I say because I know he’s just head nodding until he can talk.  Sometimes, I have to cut him off at social gatherings because otherwise he will absolutely monopolize the conversation and have zero awareness that he’s doing it.  God bless him and his extroverted nature.  He’s learning.  “Sit back and shut up, you’ll learn more”, I’ve told him.  Along with that, I’m learning what his extroverted personality needs compared to my introvert so we both get what we need.  Sometimes he goes out and plays with friends or family, and I stay home.  In fact, that’s what’s going on right now as I’m having writing time.  Thanks, my love!

I need my time alone.

Folks, I am asking you to keep in mind one thing.  When you’re somewhere and the person next to you seems “quiet”, and to themselves, instead of assuming they’re a snob, strike up a conversation.  Invite them into your world.  They’re probably just waiting for you to start. You just may be sitting next to an introvert.