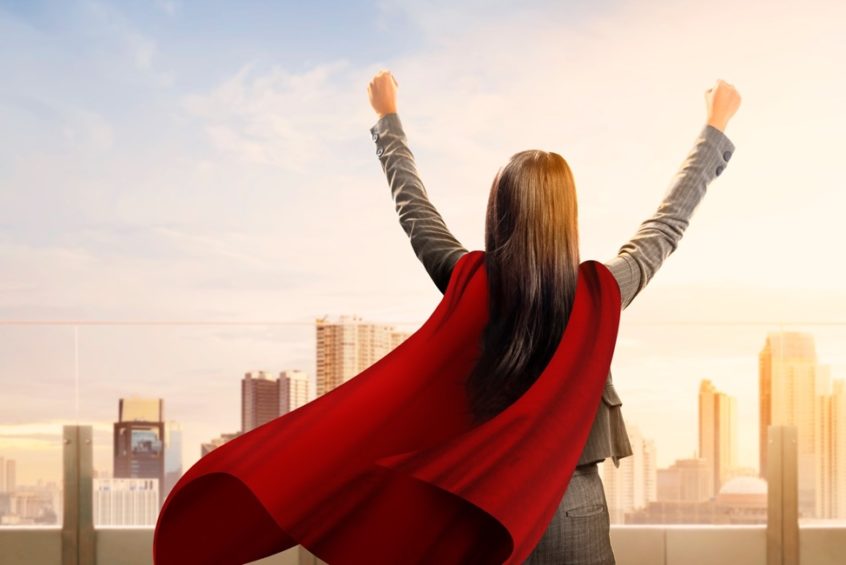 I am a fairly self-motivated person. I don’t need someone to tell me what to do in order to get things done. I identify my own goals, values, and objectives, and go after them without the need of someone else prodding me from behind. With that said, I love a good motivational speaker, author, writer, podcast, etc.  I like the shot in the arm I get from listening or reading someone who’s super good at what they do, no matter what that is, and loves doing it. That is my version of success. Honestly, I don’t care if you’re an astrophysicist or count wax worms for a living. If you love your passion and are exceptionally good at it, I’m a fan. What always attracts me to people like that is the confidence they seem to exude within their mastery.  I’m not talking about a big braggy ego, I’m talking about a genuine sense of “I’ve got this” that comes through when listening or talking with them.  My husband is a prime example. While sometimes he talks at nauseum about things his immediate crowd could care less about, every time I hear him talk to someone through a difficult electrical process and hang up the phone like he just gave them directions to their own hand, I think to myself, “Damn. He’s good.”  Then I wanna kiss him, but that’s something the rest of you could’ve probably all lived without knowing. Anyway, I admire it. And, think it’s kind of sexy.  He’s super confident in his abilities in his field and I dig that in a person, so it makes good sense that I married someone who embodies that.

For me, confidence has always been a struggle. I’ve always struggled with weight, so I used to think it was about being overweight, then I got thin, and it was still there. Ok, not weight. When I was younger, I thought maybe it was because I was just a farm kid and I was having conversations with lots of popular town kids. Then I realized I loved being a farm kid, so there went that. In my 20’s and 30’s, I was often the youngest in the professional crowd, so I kept thinking I would have an easier time seeing my talents when I was their age. Well, I’m 50 … still looking. The list of excuses never seems to end. My mom was beautiful and popular, so growing up with those expectations was too much. My dad didn’t tell me I was smart or pretty. Where I lived, education, the amount of money I had or didn’t have compared to others. As time went on I realized it wasn’t any of those things, it was just me. I lacked confidence.  Lots of people are shaking their heads right now. I’ve been told repeatedly how confident I am, and how people appreciate and admire this about me. It’s a practice, and I’m still practicing. And honestly, I assume I’ll always be practicing. When I was going through my coaching certification we had to practice techniques on our classmates. I went through a program held in a classroom with people and live instructors who were professional mental health practitioners, so they made darn sure we were doing our work while learning the work. There is nothing more damaging and dangerous to a client than a therapist of any sort who doesn’t know they have crap and what that crap is, so they can be clear on keeping it out of their client’s crap. We’re all human, we all have stuff. My teachers throughout the years have been the quality of teachers and practitioners who taught me to keep my “map in my back pocket” as Mirtha Solis used to say. So we dug and dug deep.

I’ve been listening in my car to Rachel Hollis’ Girl Stop Apologizing. I love her stuff, I just think she’s like your best super-energetic cheerleader girlfriend available any time of the day or night – I just have to turn on my phone. At one point I was listening and heard her say something I know I’ve heard before, probably multiple times. But you know what they say about having to hear something over and over and then one day, you get it. Maybe this time it will stick!  She talked about confidence as being a skill you can learn and must practice. It’s not something you’re born with, but something you can develop in yourself. Sure, there are people who are raised in ideal conditions; constantly told how talented and amazing they are and can do anything they want because they’re were born wonderful and the world deserved them. But most of us were not raised that way.  To be honest, I’ve worked with many people who were raised to believe they could do anything and just being on the planet made them amazing, and you know what?  They have self-confidence issues, too. I remember one saying, “I was raised to believe I could be anything, and all I became was a teacher. I feel like such a disappointment”. Her parents, by the way, were also teachers. She didn’t let anyone down! She just felt like because she could be anything, she should become something she felt was way more amazing than being a teacher. Folks, I’m pretty sure it happens inside of all of us.

Recently, I was working with a client whose life has taken him down some unexpected paths, let’s say. He’s a young, in his 20’s, widower with a pre-school daughter. The life he thought he was going to taking over the family business just sold. And, not to him, as his parents decided to retire earlier than planned. Now he’s trying to go to school for something completely different, raise his daughter alone, pay the bills, etc. May I just say, he’s working his ass off to keep all the balls in the air.  The sad part: he gives himself zero credit and is convinced he’s failing at all of it.  When he’s at school he feels like he should be home with his daughter, when he’s with his daughter he feels he should be doing homework or working to make money. When he’s working, he feels like he’s wasting his time because it’s not going to get him anywhere and he should be doing homework to get through school, or spending time with his daughter, and on and on and on. You get it. No one is telling him he’s enough. No one is telling him he’s doing a great job. No one is helping him raise his daughter without making him feel guilty about needing help. We attract what fits our vibration. According to him, he’s never been confident, he’s never had good self-esteem, he was never told he was enough, in fact, just the opposite. The climb is all uphill, kids.

Ladies, so often we think we’re the only ones that struggle with feeling good enough. We talk about how easy the men have it, how entitled they are, how life hands them everything. Listen up, I’m not saying its always fair. I am saying plenty of those men struggle, too. Lots of men have sat in front of me and told me how they question themselves, how they never felt they measured up, how there are days when the expectations just seem so crushing. It’s ALL of us.

Can we get a little love? Self-confidence is by definition a feeling of trust in one’s abilities, qualities, and judgments – the dictionary says so. But how do we get that? How do we build that when it doesn’t already exist inside of us? Crazy to say so, but I really do find that the “fake it until you make it” works a little. It also can leave me feeling like a fake, which just makes things worse. Avoidance doesn’t work, trust me on that one. If you want to build the kind of life you truly want, you’re going to have to show up and put yourself out there on some level. I have people envision someone they think has incredible self-confidence and then model their posture, facial expressions, how they move. Then, crawl inside their mind, what thoughts run through it? How do they feel about themselves? Mostly, because we see these people as having it together, we find thoughts of self that are strong and affirming. So, we practice thoughts that are strong and affirming. Practice, practice, practice. Think of all the times you’ve got it right. Where have you been successful? Do you have teeth in your mouth, then you’re good at something! Maybe its brushing or flossing or getting to the dentist regularly. You are good at something! You may think I’m joking, but I’m not. It you want to practice feeling good about yourself you need to practice seeing all the little things you’ve built success in.  THE LITTLE THINGS!

We also need to be honest with ourselves and with others. Sometimes telling someone we’re down so that they can give us a hand back onto our feet is just want our “self” needs. We need to feel cared about, supported, like we matter. Because we do matter.

You make a difference in the lives of everyone you touch every single day, either in person or just in them knowing you’re there living your life. When my brother died, a man who had always struggled with self-confidence and self-value, I thought about how terrible it was that he never felt how much we loved him. He knew it in his head that he was loved, but he never felt it, like deep down where you know without question something is true, and you own it there. I know this because he told me so. More than once, actually. Then years later, after all the counseling, processing, therapy and classes, books and so on and so forth, I realized that part of me was still alive, too. That part that doesn’t know. So, I practice. I still practice.

The good news is the practice has gotten much easier. Flawless? Not even. Easier, yes. I am better at acknowledging myself and allowing others to acknowledge me. It still feels weird, but I think it’s also part of being humble. Practice, practice, practice.

Self-confidence is a skill, not a gift. Most of us were not raised with it, but we can learn it.  Consider all the things you’ve learned to do in your life; – get dressed, brush your teeth, drive a car, comb your hair, log onto your computer, sync your phone, hover in a public toilet without dropping your phone in the toilet. Come on, there’s a lot.

You can learn this, too.